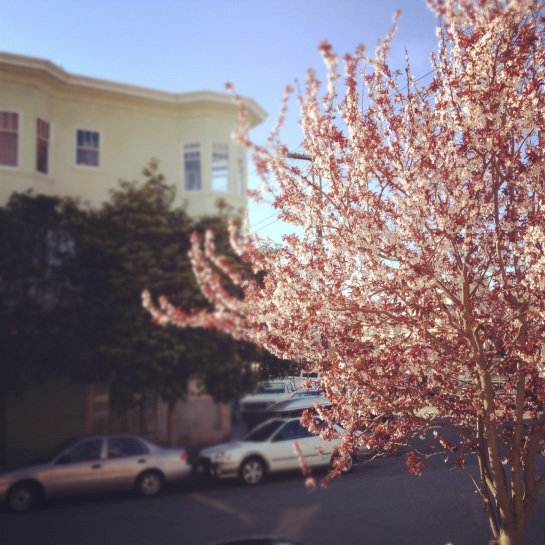 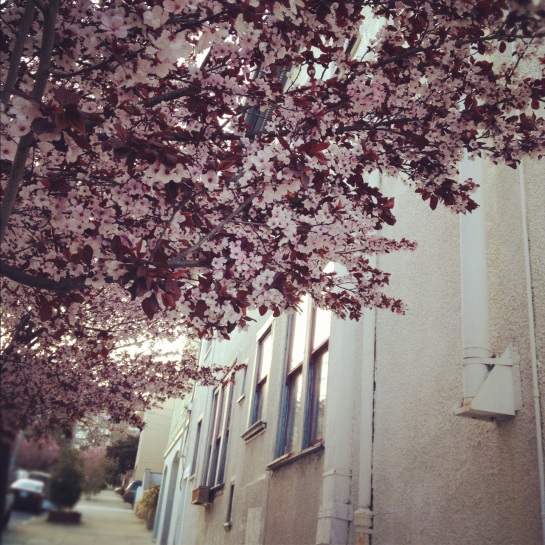 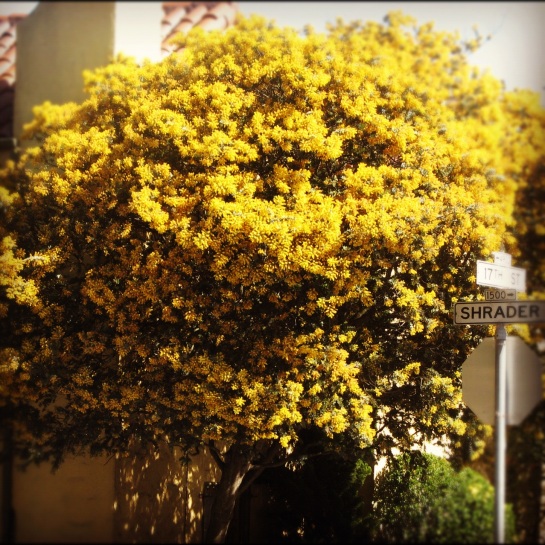 About this time of year I’ve been known to say “the blossoms are more beautiful than ever this year.” The amazing trees of San Francisco’s urban forest line the sidewalks and bloom until spring has well and truly arrived here, if not in most other parts of the country. So it’s occurred to me that time is running out on robust dishes for wintery nights. I’d better get a move on.

This recipe originated in Aragon but is popular in other regions of Spain. It is also delicious with chicken legs and thighs.  I love the depth of flavor that comes from a combination of red bell peppers and dried smoky-spicy anchos, which I use instead of the unavailable Spanish choriceros. I have adapted the recipe from my friend Anya von Bremzen’s The New Spanish Table. If you want to know why food in Spain is the most innovative and exciting in Europe right now, this is the book to bring you up to speed. 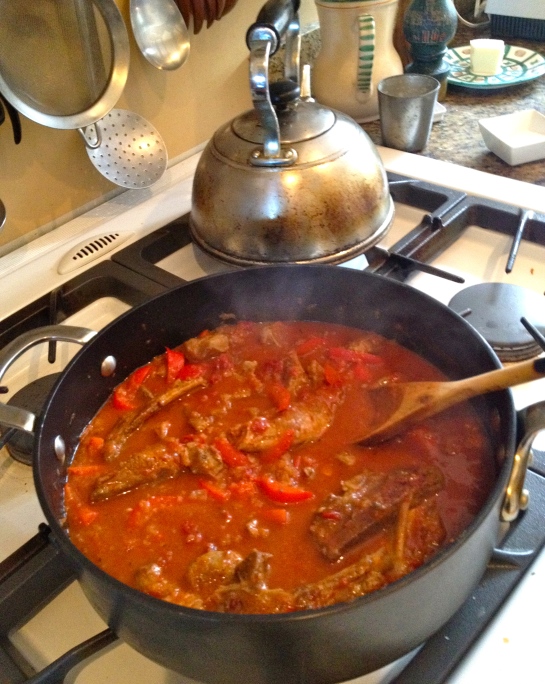 1 cup lamb stock (or use chicken)

Meantime heat the olive oil in a sturdy caserole (with a lid) and cook the onion over low heat until soft. Add the red peppers and cook for a further 10 minutes.  Stir occasionally to make sure they don’t burn.  Add the garlic.

While you’re soaking the chilis and cooking the onions/peppers, cut the lamb into 1″ cubes, removing the fat and bones.

I usually make stock with the bones and scraps of lamb but this isn”t essential.  Dust the lamb cubes with a mixture of flour and salt and brown them in two batches in the remaining oil.

Add the browned lamb to the onion/pepper mixture, then the wine, letting it bubble for a minute or two, then the tomatoes with their juices and finally the ancho chili puree. If the lamb is’t fully covered, add the stock or enough water to just cover.

Check for salt.  When it begins to simmer, cover the pan, reduce the heat to low and cook until the lamb is tender, about 1-1/2 hours.

I like to serve this with rice but you could just use crusty bread to mop up the rich and delicious sauce.